Weak lensing and the large scale structure of the universe 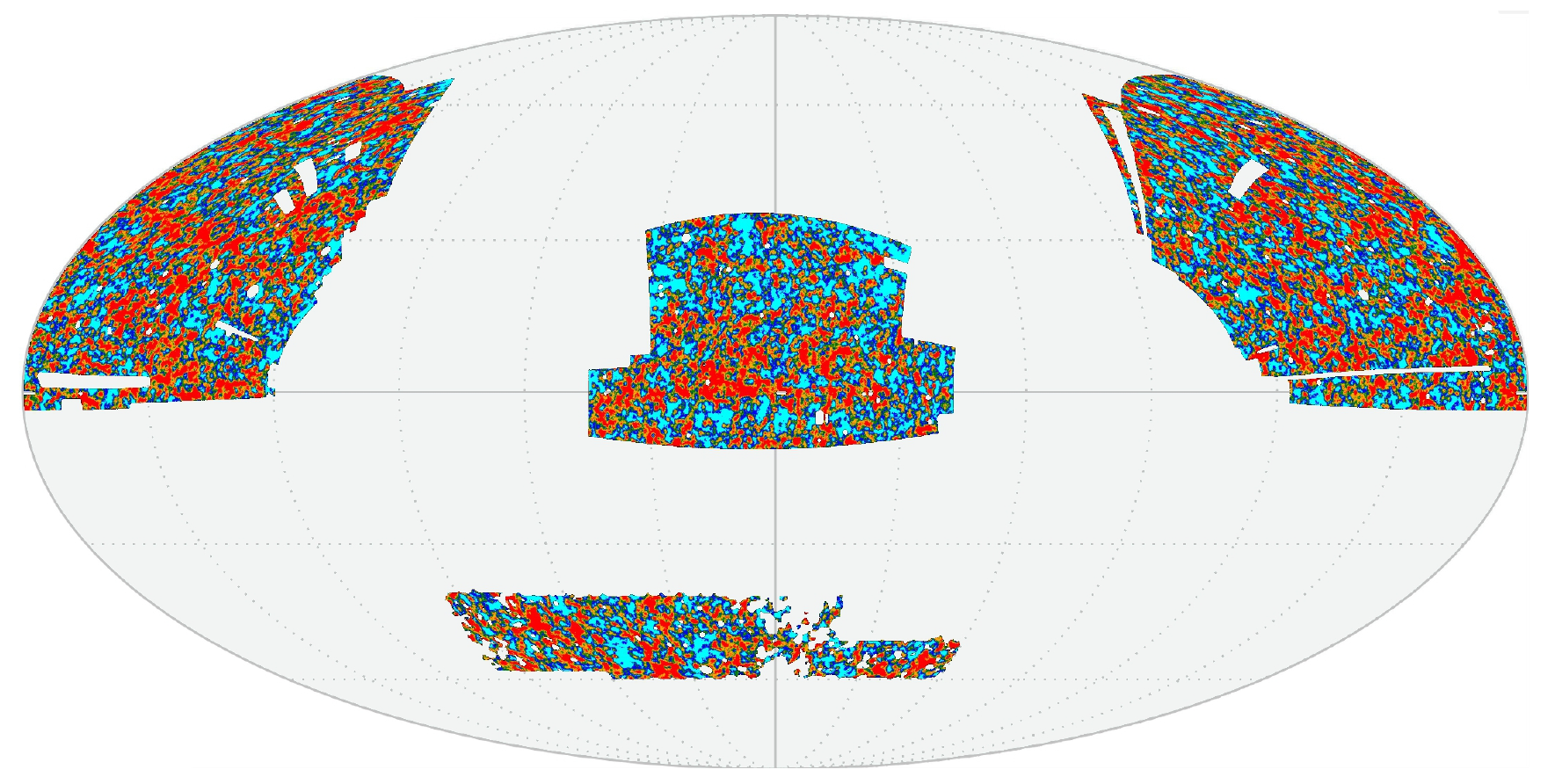 Fig. 1: From Gruen&Friedrich et al. (2017). Luminous red galaxies in DES and SDSS data are used to split the sky into quintiles of different galaxy density (cyan = most under dense, red = most overdense).

This network and its features - galaxy clusters, filaments and voids - are summed up under the term "large scale structure of the universe". By studying the statistical properties of the large scales structure and how these properties evolve with time we can learn more about the nature of gravity and about the initial conditions that where the seeds of the structures we observe today. The latter is also important to understand the era of the onset of the expansion of our universe. 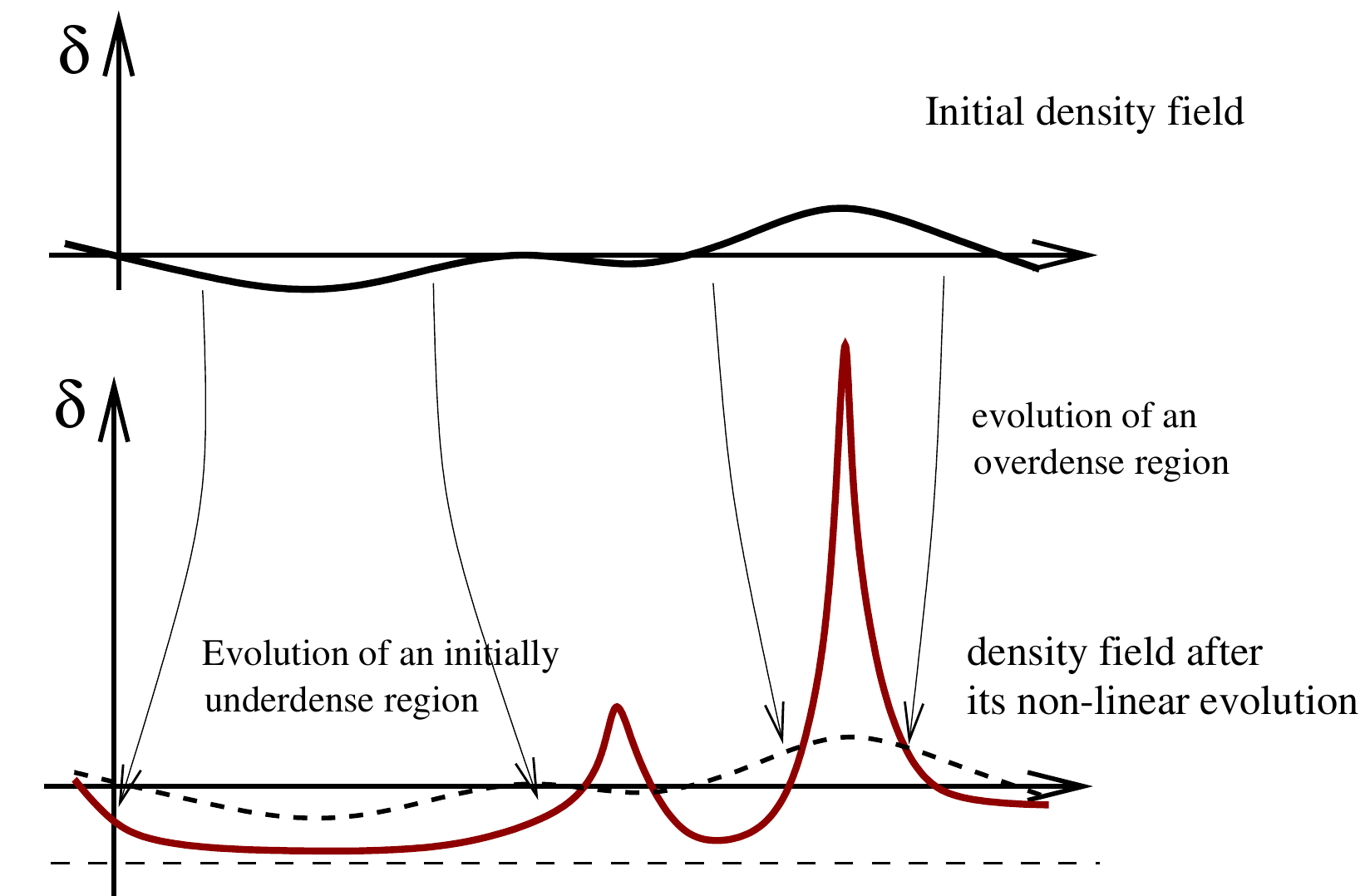 In our group we study two aspects of gravitational lensing by the large scale structure of the universe:

Consider two galaxies that appear close to each other on the sky. The light of these galaxies is passing by the same massive foreground structures while traveling towards us. Hence, the images of these galaxies get similarly distorted by the tidal gravitational field of these structures. This imprints a correlation onto the observed shapes of close by galaxies. This is called "cosmic shear". The strength of this correlation as a function of the agular distance of galaxies is measured by the so called cosmic shear correlation functions.

The cosmic shear correlation functions contain valuable information about the cosmic web. Their amplitude for a given source redshift depends on the amplitude of density fluctuations and on the overall matter density of the universe. The change of this amplitude with time is strongly influenced by the presence of dark energy, i.e. measuring cosmic shear as a function of source redshift can shed light of a possible evolution of the dark energy density. Finally, at very small scales, the shape of the cosmic shear correlation functions is influenced by astrophysical processes such as gas cooling or AGN feedback.

The initial density perturbations in our universe are believed to have an almost perfectly Gaussian distribution. This especially means that there is initially a complete symmetry in the abundance of overdense and underdense regions in the universe. Gravitational collapse however produces a positive skewness in this distribution, indicating that at late times the majority of the volume of the universe is underdense which is compensated by few very overdense spots. Measuring local (one-point) distribution of matter density in our universe is hence a direct probe of the nature of gravitational collapse. 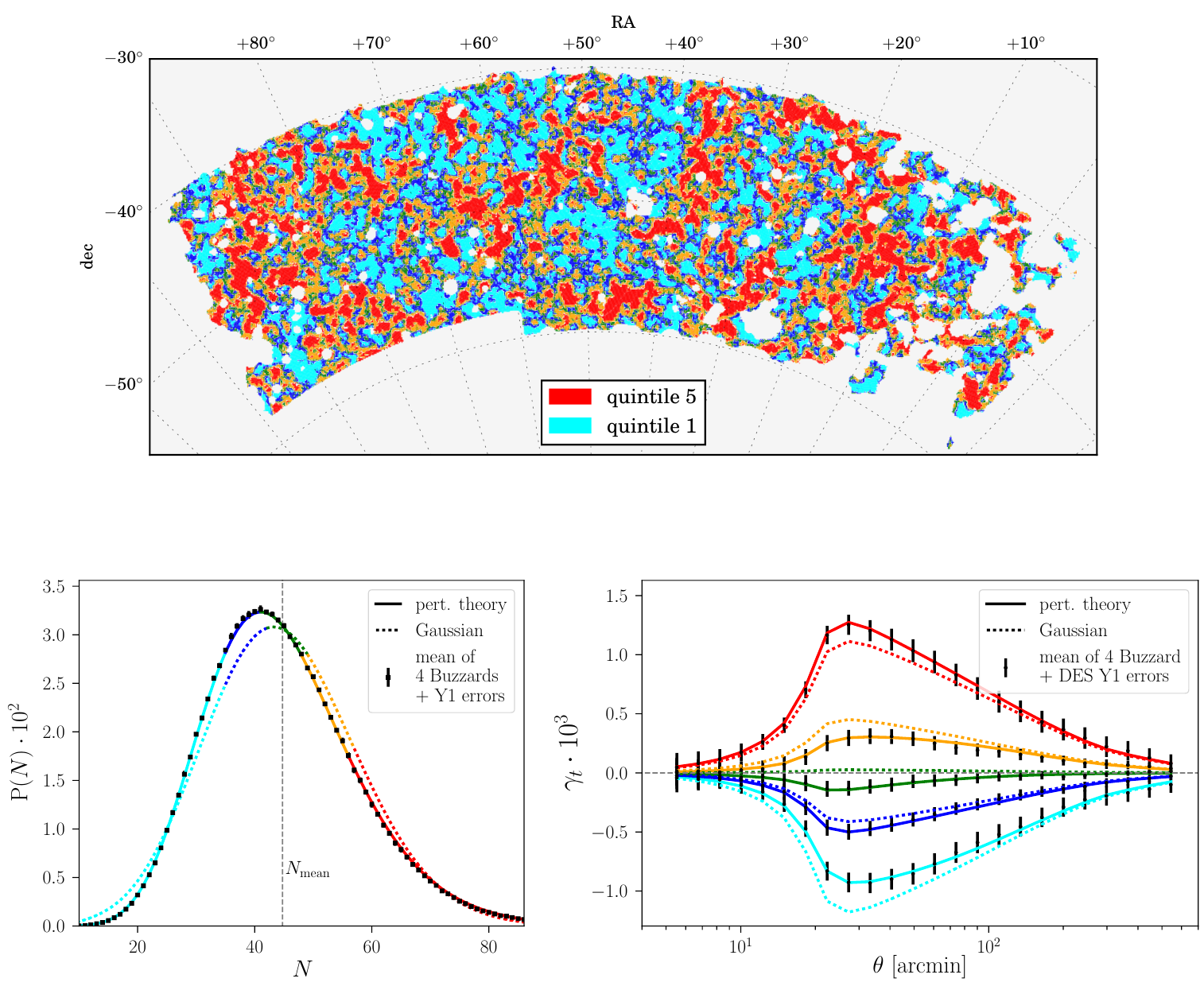 Fig. 3: From Friedrich&Gruen et al. (2017), see also Gruen&Friedrich et al. (2017) and DeRose et al. (in prep.). A simulated patch of the sky is divided into quantiles of different foreground galaxy density (upper panel and lower left panel). Lensing measurements are then used to analyse how this split by galaxy density translates into actual matter density.

Our group has worked out a novel way of measuring the local distribution of density contrast by means of observing the lensing signal and clustering profile around lines-of-sight that are divided into quantiles of different foreground galaxy density. Measuring both the lensing and clustering signal around these density quantiles allows to disentangle the matter density distribution from galaxy bias and shot-noise, hence opening a window to constrain the late-time non-Gaussian properties of the dark matter density distribution.