Two invisible components, dark energy and dark matter, make up most of the energy content of the Universe and yet we know very little about either. As far as we know, dark matter cannot be observed directly. In order to study its distribution in the Universe, we use a technique called gravitational lensing. As predicted by Einstein’s general relativity, mass curves spacetime. Consequently, light rays are differentially deflected in a gravitational potential. If there is a structure along the line of sight between an observer and a distant object, a perturbation in the photon trajectory is caused. As a consequence, the position of the image of the source will be slightly shifted and magnified, and, if extended, it will also be distorted. 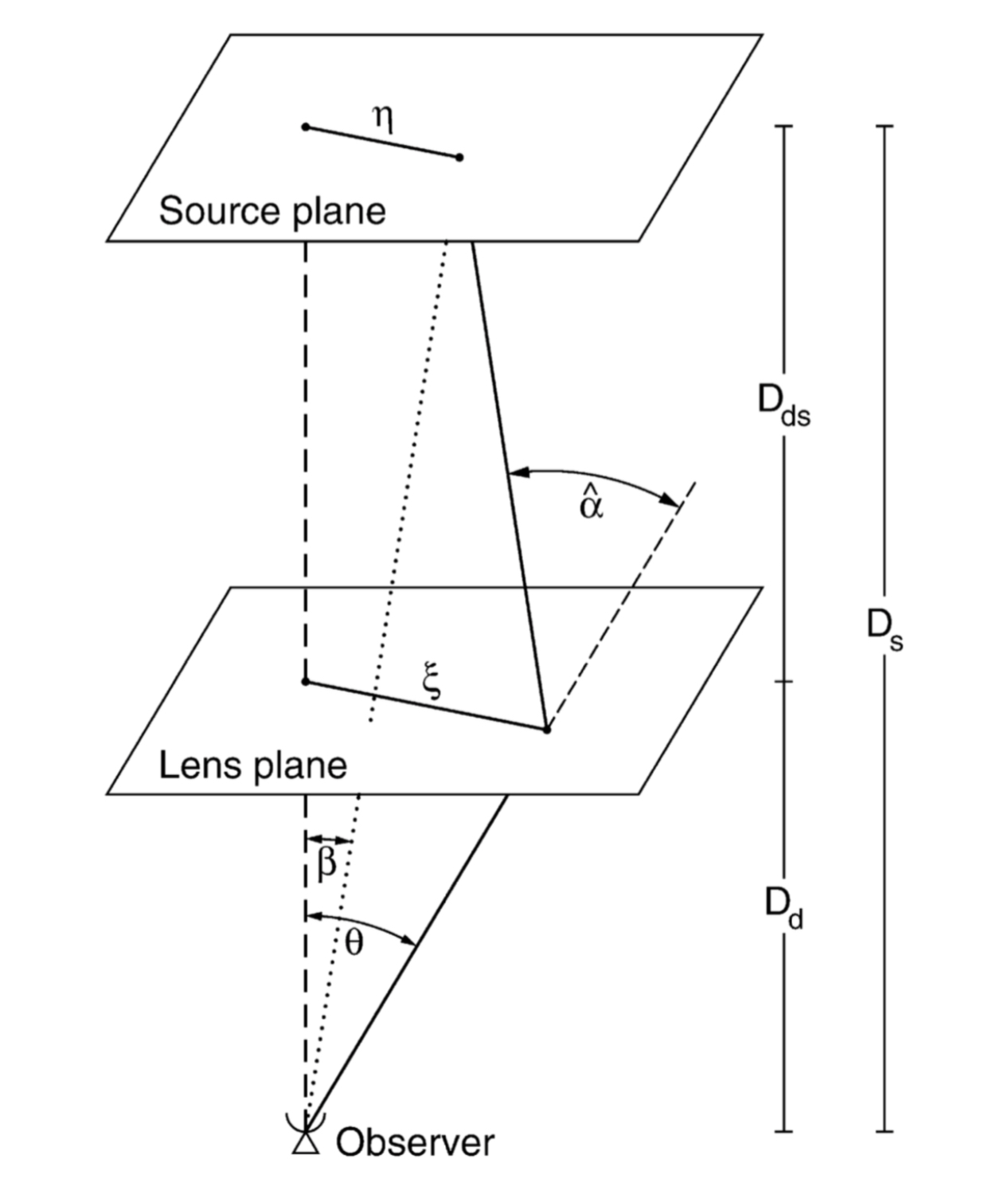 Fig. 1: This sketch shows the configuration of a lens-source system. The observer sees the lensed source under the angle Θ at position ξ instead of at η. Note, that in a curved universe, physical distances cannot be simply added up, e.g. Ds is not equal to Dd plus Dds. From Bartelmann & Schneider (2001), their Figure 11.

If the surface mass density of the object along the line of sight exceeds a critical value and the source is close to its center, multiple trajectories are possible and several images of the same background object can be observed. In this case (strong gravitational lensing), multiple images of the same background galaxy are possible. These multiple images and strong lensing features arise mostely in the centers of galaxies and galaxy clusters. In very rare cases, in which the source and lens are perfectly aligned relative to the observer, the source will be mapped into an Einstein ring. More often than a ring, arcs can be observed around galaxy clusters when multiple images melt to form elongated, curved structures.

In the outskirts of a cluster of galaxies, or in the case the lens is not strong enough to form multiple images, the source is still be isotropically and anisotropically distorted (convergence and gravitational shear respectively). If all background galaxies in the field were well known in intrinsic shape and size, the shear and convergence could be directly measured and used to deduce the properties of the lens. However, due to the unknown intrinsic shapes of the sources, the overall shear (and/or convergence) imposed on the distribution can only be recovered statistically.

Fig. 2: Tangential (left) and radial (right) gravitational shear profiles for simulated galaxie fields. Each bar indicates the direction and the amount of the streching of an intrinsically circular lensed galaxy at the respective position. The length of a bar with a gravitational shear of 0.05 is indicated in the upper left corner. We have assumed a mass of approx. 315 M⊙ (massive cluster of galaxies) at a redshift of 0.4 and assumed a typical background galaxy redshift of 0.5. The pixelscale in the plot is set to 0.2''/pixel.

Galaxies consist mostly of dark matter and gas but also of compact stars. If one star is lensed by another, the lensed images are not resolved. Yet, these images are magnified and the relative lens-source motion causes the source magnification to vary with time. This occurrence is called a microlensing event. Microlensing events have been observed in our own galaxy, towards LMC and SMC and the Andromeda galaxy (M31). At extragalactic distances, microlensing has been observed when quasars are mapped into multiple images and stars moving in the lensing galaxies change the magnification of one of the images. Microlensing can also be observed towards not multiply imaged quasars but in this case it is difficult to disentabgle the observed brightness change from intrinsic virability.

Our group takes part in several projects to use gravitational lensing as an observational tool to investigate the dark components of the Universe. We explain the basics of weak lensing caused by galaxies and galaxy clusters and describe key projects some of our group members are involved in here. The large scale structure of the Universe can also act as a gravitational lens. In this article, we discuss statistical tools which are needed in this era of “precision cosmology”. The concept of microlensing is introduced in this section. Our group is also interested in the photometric properties of CD galaxies and in Exoplanets. Intrumentation and the Wendelstein Observatory are also important aspects of our work.